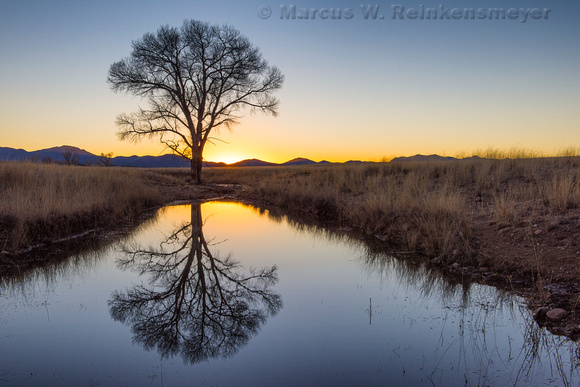 "Land, then, is not merely soil: it is a foundation of energy flowing through a circuit of soils, plants and animals."  - Aldo Leopold, Co-founder, The Wilderness Society

Based in Phoenix, we generally head north for landscape photography excursions in Sedona, Monument Valley and the Grand Canyon.  At the suggestion of my adventurous son-in-law, Todd Severson, we recently switched things up with a trip to San Rafael Valley.  Situated in Southern Arizona in Eastern Santa Cruz County, this vast valley represents yet another facet of our state’s diverse land and lifestyles. 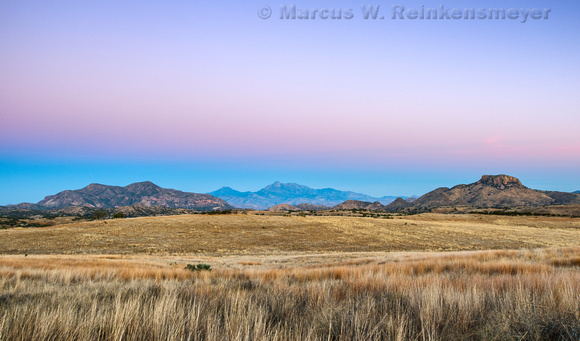 Touched by gentle winter winds, tall golden grasses are in constant motion.  The valley is flanked by expansive mountain ranges, with the State Natural Area resting on the Arizona-Mexico border:  Patagonia Mountains to the north, Canelo Hills to the northeast and Huachuca Mountains to the East. A few large cattle ranches rest quietly in the valley, accessed by well-maintained dirt roads. The valley is also home to countless John Wayne movies and other western films. 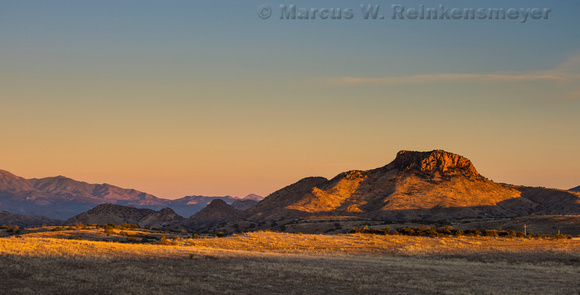 As always,  our best photo opportunities were found in the early morning and late afternoon "golden hour" light.  The Patagonia Mountains are simply majestic in pink pastel pre-dawn light, revealing seemingly infinite layers aglow.  Under mid-morning’s full sunlight, we captured a few images of single trees along the shallow waters of the winding Santa Cruz River. Our first evening was a photographer’s dream: richly textured foreground grasses backed by the cross-lit Huachuca Mountains. 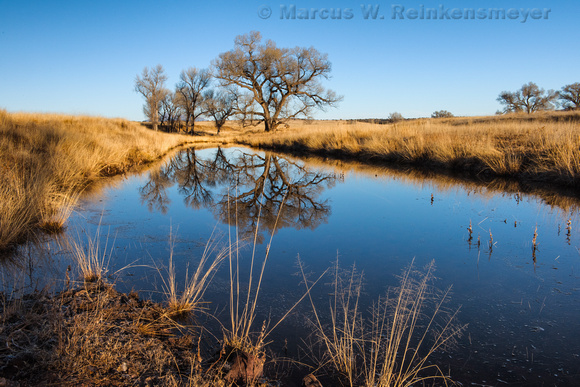 My favorite image of the trip is a lone tree reflection on a small pond, captured in the waning light of sundown.  Honestly, we were packed and driving out of the valley for late dinner when we drove past this wonderful, placid scene.  Our rushed tripod set-up was comical,  particularly given the tranquility of the scene. From an outsider's view, our shooting was like a choppy old time movie displayed on fast forward ....

Locals at the Stage Stop Inn in Patagonia advised that the San Rafael Valley is even more scenic during summer monsoon season, when rains bring stormy skies and brilliant wild flowers to green fields.   So, we’re planning a return trip to Southern Arizona, hoping to learn more about this natural oasis so far from the city.

Helen Reinkensmeyer(non-registered)
God made the heaven, the water, and the tree, "O the riches of God' wisdom. The photographer was there to capture it for us so we now are immensely inspired. Thank you, Marcus. Thank you Todd for your planning.
David(non-registered)
Wow - Very nice art here.
Brian DeVore(non-registered)
Great pictures as always! Thanks for sharing my friend~
Randy Cooper(non-registered)
Enjoyed the photo tour, especially the lone tree reflected in the pond. Thanks for posting.
Paul Prappas(non-registered)
Great photos. Of course, Carolee and I know this area well and so we really appreciate the photos. It's been a few years, but we are planning a visit to Patagonia this August - during the monsoon season. It is a magical time to visit that area. We'll of course be birding the San Rafael grasslands as well as many other beautiful spots.
No comments posted.
Loading...