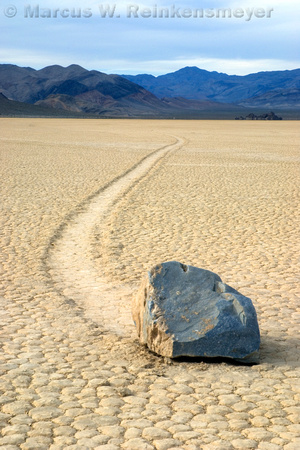 "Our long anticipated trip to “The Race Track” (Death Valley National Park, California) was one of near misses and joyful discovery.  First, although the dirt road was in good condition, the dusty drive back to this area seemed to take an eternity.  It probably didn’t help that we stopped several times along the way, spending considerable time at the Ubehebe Crater and then at the Joshua tree forest.

Second, and of greater concern, once we arrived at the ancient dry lake bed known as the “Race Track,” we did not see any of the “moving boulders” or other landmarks associated with this area.  “Could the boulders all have been washed away, or maybe even moved by poachers?,”  we wondered aloud.  Surrounded by the Cottonwood Mountains and the Last Chance Range, the area was certainly picturesque, but not what we had come to see.

As it turned out, the touted racetrack is situated on the far South end of the vast lake bed; “just like in the pictures.”  Thinking back on the whole scenario, we were all a bit myopic in our initial view of the lakebed. We also had a mistaken sense of distance in this other worldly setting. 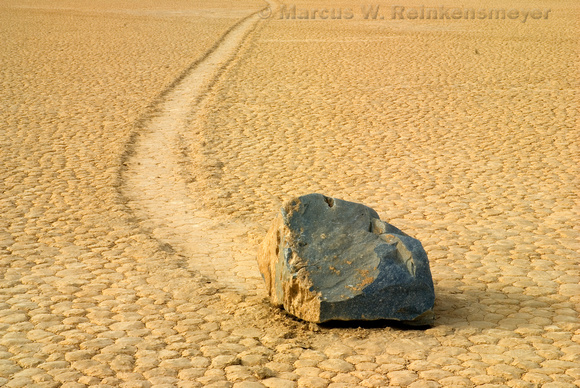 Like so many places in Death Valley, there were simply no familiar points of reference to discern distance or a sense of scale. Understandably, even experienced travelers can easily become disoriented and lost in this borderless terrain.

Mysteriously, the movement of boulders across the dry lake bed has created long track marks in the mud, some up to 3,000 feet long.  Some track marks form perfectly straight lines, others are curved and a few are appear as curious “zig zag” patterns.

Although no one has actually seen the rocks move, geologists explain that the boulders slide across the dried mud floor when rainfall turns the hard mud into a slick surface.  Strong wind is also a factor in the movement of rocks across the flat, unprotected lake bed.   Described as “playa,” the dry silt forms remarkably consistent polygonal patterns across the entire expanse of the lake bed. 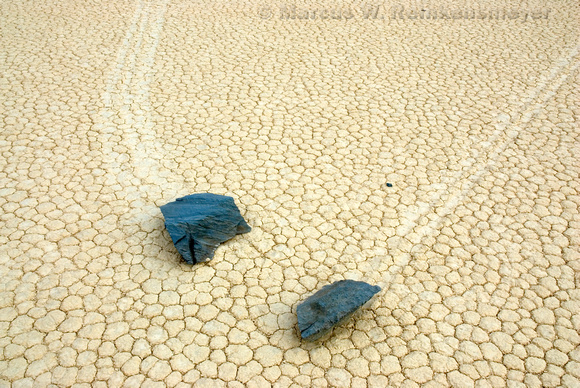 Irreverently, after a bit of contemplation in this wondrous place, my brother, Brian, declared the theory of the moving rocks to be hoax.  He shared some of own conspiracy theories to account for the distinct tracks in the mud.

Brian explained that pranksters or park rangers must have pulled the rocks across the lake bed using long ropes attached to vehicles; or, that the rocks were periodically rolled across the lake bed from low flying aircraft, just like bowling balls, etc.  So much for the wonders of nature and our childlike suspension of disbelief …." 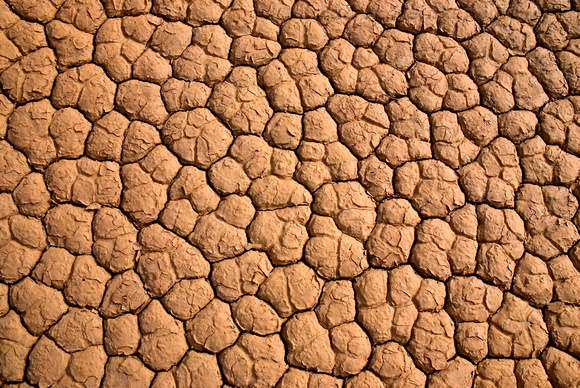