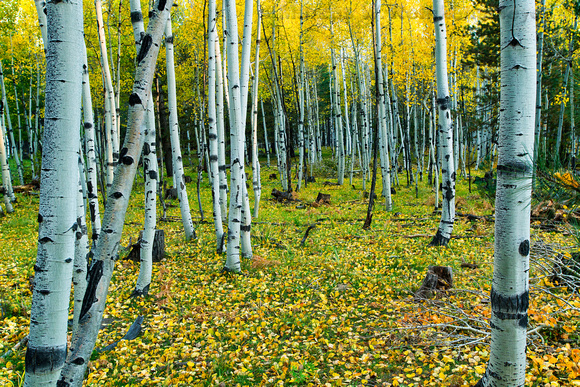 “Delicious autumn! My very soul is wedded to it, and if I were a bird I would fly about the earth seeking the successive autumns.” ― George Eliot (pen name for Mary Ann Marian Evans)

In relocating from the mid-west to Arizona, I lamented that our family would sorely miss the change of seasons.  Some 22 years later, it’s good to realize how entirely mistaken I was in my limited thinking.  In my mind’s eye, the Southwest landscape was one of unchanging arid deserts and relentless heat.  Sunny, hot and dry -  all year long.

Aspen Grove, Capture My Arizona Photo of the Day 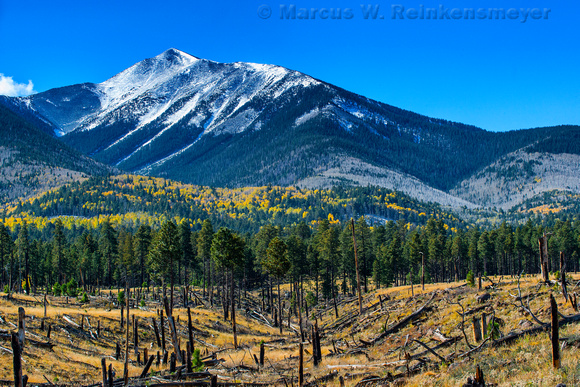 Little did we know of Arizona’s glorious mountain ranges, rich foliage and dramatic weather in the higher elevations.  Just a few hours from the Valley of the Sun (Phoenix), we find ourselves in scenic locations like the iconic Grand Canyon National Park,  Monument Valley, the Mogollon Rim and the White Mountains.

Abineau Canyon and San Francisco Peaks, Capture My Arizona Photo of the Day 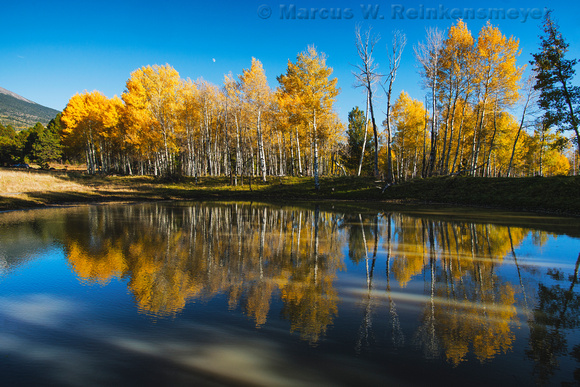 This Fall, my son David and I found the most dramatic change of season and autumn colors in Flagstaff, Arizona (elevation,  6,910 feet).  Fall was really  “in the air” on that mid-October day, given an earlier snow, gusting winds and vivid autumn colors.

The first part of our day involved some adventure, but not much in the way of photography.  After a bouncy drive on a craggy rock strewn forest road (F 418), we enjoyed a rigorous hike on Bear Jaw Trail, about mid-way up San Francisco Peaks (elevation, 12,623 feet). Due to the earlier freeze, the Aspen branches were entirely barren.   Their fallen leaves created a lush, golden carpet at our feet. 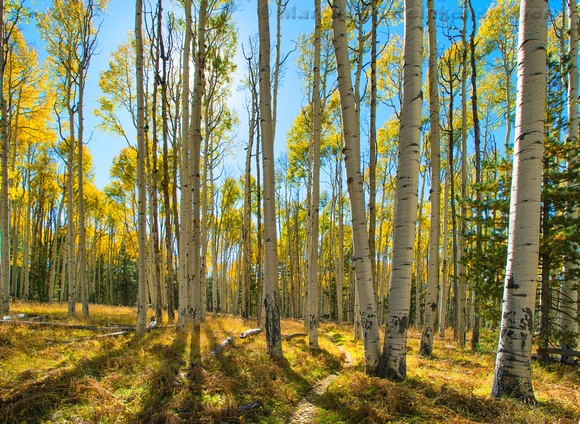 Driving out of this area – not far from the trailhead, we came across a spectacular view of rugged Abineau Canyon.  In the aftermath of an avalanche back in 2005, the canyon was laden with enormous boulders and topped trees.  Resting majestically in the background, impervious to the wind, were the snow capped San Francisco Peaks and our first glimpse of golden Aspen groves along the mountainside.

Time really does fly, when you’re in an area of such natural beauty, especially with a digital camera in hand. We spent the rest of the day driving and quickly hiking along the Hart Prairie Road area. 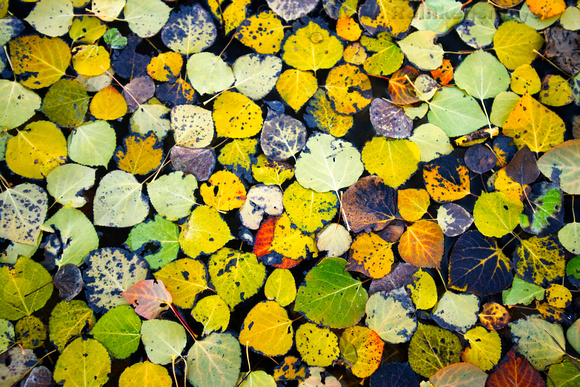 We were so pleased to come across thick Aspen groves, a quiet reflecting pond and vistas of new plant life in the aftermath of the Mount Eldon fire.

So, Northern Arizona once again graces us with a true change of seasons, from delicate wildflowers to pristine snow and golden leaves in the wind. Such a memorable day, witnessing the glorious cycle of life and the regenerative powers of nature.

Marcus W. Reinkensmeyer
Thanks so much, Eric, Irene and Randy. Really appreciate your thoughtful comments. M
Eric Hatch(non-registered)
As always, your work is exceptional -- and if that's a contradiction in terms, well, ok then. I particularly like "Autumn Reflections with Moonrise" for its beautiful exposure, including the gleams of sun on the water. I also love your "Leaves Afloat" picture. Such perfection of spacing, color, and lighting -- beautifully captured.

Hope all is going well for you. I've been a bit besieged (aging sucks, I recommend against it), but am carrying on.